Players of From Software Games like Elden Ring have grown to expect a challenging fighting experience. It’s essential to practice evading and rolling, but knowing how some other stats function in Elden Ring will help players understand the full scope of the battle system. What is poise in Elden ring? Poise is essential in combat since it determines how well players can withstand opponent blows.

Do you know What is Connection Error when Summoned in Elden Ring? Click this link

What is poise in Elden Ring? 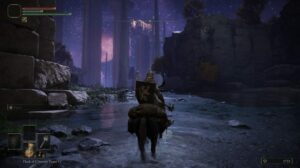 Poise is one of the essential attributes in Elden Ring for players who are inexperienced with previous FromSoftware games. It controls how much damage a character may sustain before being interrupted or staggered.

Assume you conduct an attack, and your opponent attacks you first while the attack animation is playing. Your character’s Poise stat affects whether the enemy’s attack cancels out yours and staggers you or whether your attack animation continues and the attack lands on the enemy.

You may believe this stat is intended to be employed in tank builds. That, however, is not the case. Tank builds will undoubtedly benefit greatly from having a high Poise stat, but this does not mean that this stat should only be built up if you intend to create a tank. It is better to have a relatively high Poise stat in Elden Ring, no matter what character build you decide for. The game’s goal is to kill while avoiding being killed, and Poise will assist you in this endeavor.

What’s remarkable about the Poise stat in Elden Ring is that it has little effect at low and even somewhat high levels. Even when your Poise is at 40-50, you’ll notice that your strikes are constantly halted.

What is a high poise in the Elden Ring? What is poise in the Elden ring and what is a high poise? A higher degree of Poise allows players to take more hits without being stunned and to resist interruption effects more readily. Being stunned and hit repeatedly can render a player incapable of doing anything. Players should pay attention to avoiding stunlock important feature of Poise.

Of course, the best way to avoid being tuned is to avoid being hit. Players must learn how to roll to evade enemy blows. If a player does not take any damage, they will not be stunned. However, it is unavoidable. Thus the next best alternative, other than practicing movement, is to ensure the player has as much Poise as possible.

What is the poison stat in the Elden Ring?

Poison is a status effect that grows stronger with each impact application. Poison can be inflicted through various sources, including weapons, skills, spells, and consumables. When the Poison meter is complete, the effect is activated, and the subject takes damage steadily over time.

It’s worth noting that the better your Poison immunity, the longer it takes for the gauge to fill. Consuming Neutralizing Boluses can reduce Poison buildup or the Poison effect itself. To eliminate Poison, players can also utilize the Cure Poison spell.

What is max poise in the Elden Ring? 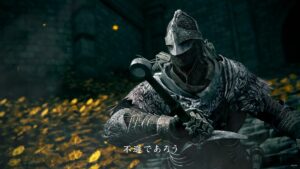 Many gamers in Elden Ring are hunting for what is poise in the Elden Ring and the most excellent Poise armor. It’s an unnoticed stat that controls how many attacks you can withstand before being stunned. This is why it is critical to think about it.

The greater the value, the greater the number of hits you will take. What better way to boost that number than with high-quality armor? In this article, we’ll look at the armor with the highest level of Poise in the Elden Ring and other options.

The Bull-Goat Armor set has the highest level of Poise of any available set or armor. It is also the most comprehensive suit of armor available on the market.

What is poise in the Elden ring?  Your Poise determines the number of hits you can take while guarding in the Elden Ring. In other words, players with solid Poise stats can block more enemy attacks before dropping their guard. Furthermore, adversaries have Poise stats, which means that if you hit them repeatedly, they’ll lose their stance, exposing them to attacks.

You’ve learned all the essential aspects you need to know about the Poise stats to move one step closer to beating bosses. Thank you for taking the time to read our content.