What does Focus do in the Elden Ring?  Let’s find out! Focus is a defensive attribute that augments your resistance to Sleep and Madness. This guide provides an exhaustive overview of this attribute. Mastering the combat system of Elden Ring is unquestionably the most crucial aspect of becoming proficient in the game. Knowing the precise timing of when to attack and when to defend will determine whether or not you survive a particular battle. Nonetheless, subordinates are also involved. Knowledge of them will significantly aid your distant dream of becoming Lord of Elden.

Elden Ring possesses attributes and statistics that can strengthen or weaken your character depending on how you utilize them. The “Focus” statistic is the subject of our discussion. How does it work? What effects does it have? How can it be expanded? Read on.

How to Sprint in the Elden Ring? Click on the link to learn more.

What does Focus do in the Elden Ring? 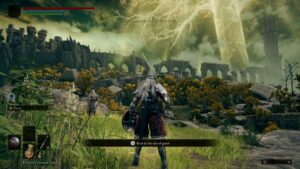 What does Focus do in the Elden Ring? Focus is a defensive attribute in Elden Ring that increases your character’s resistance to sleep and insanity attacks. You will encounter various enemies and bosses throughout your time playing Elden Ring. Others will attempt to lull you to sleep and drive you insane. Your resistance to these attacks will increase as your Focus increases.

In Elden Ring, only a few foes deal this amount of damage. However, it is crucial to understand how to defend against these assaults. When facing off against these foes, Focus can be a game-changer.

In the Elder Ring, what does increasing Focus do?

Do you wonder what does focus do in the Elden ring? Increasing your Focus in Elden Ring increases your resistance to two status effects: Sleep and Insanity. Few foes in Elden Ring can inflict Sleep, but Madness can spread rapidly, especially in areas where the Frenzied Flame is prevalent.

While Sleep is uncommon in the game, it can be utilized in PvP to temporarily incapacitate opponents. If your Focus is high, you will never encounter this issue.

How is Focus Increased? As your level rises, your Focus will naturally improve. The Focus will increase as you usually continue to level up and play the game. Focus also has a direct relationship with Mind quality. Enhance your Focus by leveling the Mind attribute.

There are also items in the game that can boost your Focus stat, such as the following:

Elden Ring: Is it worthwhile to upgrade your Focus?

Increasing your Focus by investing points in the Mind attribute is superfluous. What does focus do in the Elden ring? A fully upgraded Focus is useless, as few foes sleep or are susceptible to insanity attacks. A set of armor can increase your Focus and aid in defeating bosses using such attacks. This is the most effective way to enhance Focus. You should possibly invest your points elsewhere.

We are aware that not all of our foes are capable of sleeping and launching attacks under the influence of insanity. Insanity functions differently. If you invoke the Elden Ring, you may go insane. Elden Ring invocations are more manageable with a high Focus.

Like every other stat in the game, Focus can be advantageous if appropriately utilized. You have sufficient control over your game and the management of your statistics. In certain circumstances, enhancing your Focus can be crucial.

Your chosen armor must provide increased resistance to insanity, sleeplessness, and Madness. It is the best method for boosting your stat. Additionally, you can invest your points in an attribute that enhances your play style.

What does Focus stat do in the Elden Ring? 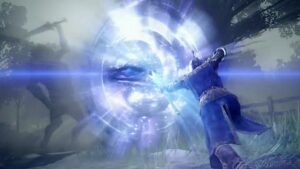 Focus is a defensive attribute that augments your resistance to Sleep and Madness. Invest heavily in Vigor, Endurance, and Strength if you’re new to Elden Ring and wish to bulldoze through the game with the most significant possible margin of error.

We want to emphasize the first because we know multiple players who struggled with late-game content. After all, they never bothered to level up their Vitality. It is the attribute that determines a player’s health. You can sustain more damage before you perish if you have more health. If you can take more damage before you perish, you will perish less frequently. Isn’t that so? It might be so tempting to rush into an incredible magic build that you might forget that the red meter in the upper-left corner of the screen is the most important one.

Also, Vitality grants increased resistance to poison and fire. Both of these are utterly terrible! Increase your Vitality!

Vitality and Endurance go hand in hand. This attribute determines your stamina (the green bar beneath your health bar) and your equipment load. High Endurance enables you to sprint, roll, and swing your weapon more frequently during combat, which is advantageous if your goal is to avoid death. You’ll be able to equip heavier weapons and armor, such as the incredibly durable Bull Goat set, without sacrificing mobility if you train Endurance to a sufficient level.

Last but not least, Strength essentially performs as expected. Strength increases your physical defense, so your blows will be more potent if you use a regular sword and roll with it. If you invest enough points in Strength, you will eventually be able to wield enormous greatswords (such as the excellent Greatsword) and hammers, if that’s your thing.

Mind (which increases your magic meter), Dexterity (useful for curved swords and katanas), and Intelligence (required to cast many spells) are also critical, but “The V.E.S. Method” is the best starting point for Elden Ring novices. Investing in these three attributes will provide you with the flexibility to determine how you wish to play the game in the future.

We hope this write-up has helped you to better comprehend Focus in Elden Ring. Even though it’s a helpful statistic, it has few applications. You are tasked with managing it. Elden Ring is not always simple to handle, so you should be prepared for anything.