Today, we will talk about another exciting board game for you – King’s Road. King’s Road is a 2017 game from Reiner Knizia’s wild imagination, containing vibrant and detailed artwork by Vincent Dutrait. It may accommodate 2 to 5 players and lasts for no more than 30 minutes. Players use identical decks of 11 cards to create scoring chances as a king piece travels around the board. Read on to discover more about this interesting game.

About The Game – King’s Road 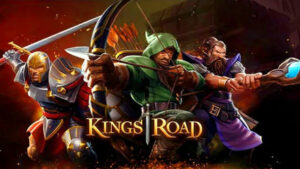 King’s Road is a relatively simple game to learn, teach, and play, but its ease of use conceals the complexity of strategy required to master it. The board consists of eight distinct zones, each with a simple scoring system with four numbers, arranged in descending order of value.

The characters in King’s Road are nobles who are vying for influence and power throughout the king’s several regions. The monarch will enable the most powerful noble in each region to rule in his place as he goes along the road connecting all the significant landmarks in his realm. The most favoured noble will eventually win the game. 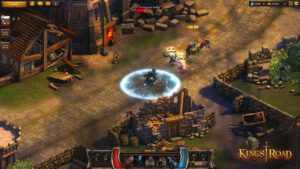 Gaining the king’s favour as he moves from place to place will earn you points in the game. According to the board, the person who has the most influence over the king’s location receives the most points, with the other players receiving points in decreasing order. As there is always one fewer scoring point than there are participants, there is some manual balancing for the player count here.

The way the game is structured is as follows: at the beginning of each turn, each player simultaneously places 3 of their cards face down on the desk in front of them, choosing to play the card that is at the top of the pile. The witch and the knight, 2 of the 3 unique cards, must be dealt first and last in the deck, respectively, according to the rules, which are a little hazy in the handbook. A player places one of their power tokens in the region that each of the revealed region cards represents. The witch is used first and gives that player the opportunity to choose wholly new cards, the knight must be played last, adding a second power token to the former region played, and the dragon, the ultimate special card, compels the king to move a further region.

Any player with a significant lead in influence may flip one of their cards onto its opposite side, at which point it turns a noble, in addition to gaining the most points. The witch and the knight are the only played cards; all other power tokens in scored areas are restored to their owners’ collections. It’s vital to remember that influence applied in regions that go unscored stays on the board for subsequent turns.

The special cards, especially the two that could only be used twice, present even more intriguing choices and even allow for intriguing card combinations. For instance, you might decide to use your witch to analyse your opponent’s turn and react, possibly using your dragon to keep the king moving or your knight to enhance your score in the area he is about to leave if you believe they will use a dragon in their next move but you don’t have much scoring potency. 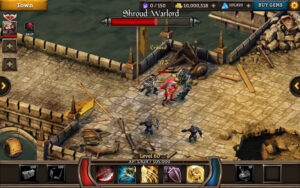 For a few reasons, nobles also provide an intriguing dynamic. They add extra points for each noble in a linked, neighbouring territory in addition to staying on the board after scoring and contributing to subsequent scoring in the same area. Early leaders in King’s Road frequently lose ground swiftly in the final stages of the game due to the extraordinary planning and forethought of their rivals.

The game is over when any player has a clear lead of 40 points and is considered the winner. Points are kept around the perimeter of the board. As a result of combined action and almost no downtime, games typically last between 30 minutes and 45 minutes, with relatively little variation due to player count.

The game King’s Road is popular in the market. There are identical eleven-card decks for each player. Each player takes turns concurrently choosing which three cards to play and in what order. Players must attempt to understand the thoughts of their rivals in addition to influencing the monarch as he travels the land in order to win.

King’s Road is a pretty intriguing game that requires a lot of practise to perfect because there are a lot more factors to take into account while making decisions than you might first think.