Have you heard about a board game called Kashgar? If not, you are in for a delight. Read this post to get a complete insight into this exciting game.

Kashgar is a recently released English translation of a 2013 game created by Gerhard Hecht. It is simple to teach deck-building games that conceal very complex gameplay. The fact that Grail Games, who also created the excellent remake of Kings Road, preserved the original gameplay and aesthetics makes this recreation an accurate rendition of the original with few differences from the original. Continue reading to learn more about this game.

About The Game – Kashgar 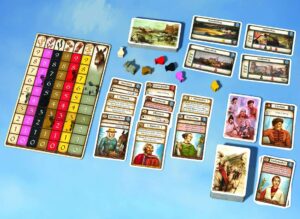 Players in Kashgar assume the role of a caravan master travelling to and from Kashgar along The Silk Road while dealing and bartering along the way. Kashgar is basically a deck-building and resource management board game. While each player really manages three distinct caravans at once, the advantages they accrue are gathered and monitored on a single board for each player. In Kashgar, each turn entails activating one of the caravans and doing a single action in accordance with the top card.

The card may occasionally be taken from the game entirely by more potent powers, or it may occasionally be placed at the bottom of the caravan. The outcomes of the cards can vary widely, but some of them include boosting or lowering player resources, carrying out agreements, introducing new cards to the caravan, and many other things. Players quickly construct and rotate through their decks in this fashion, enhancing their skills while controlling the effectiveness of each move.

The object of the game is to carry out orders and collect victory points; the endgame, which only permits all players to have the same number of turns, is started after the first player reaches 25 win points. The player who scores 25 points or more typically wins the game, however, the highest scorer may occasionally attain that number or a greater one as a result of card gains or order completions. The average length of a Kashgar game is an hour, which sounds about right given the complexity of the gameplay. In Kashgar,  players exchange various spices that are travelling from Asia to Europe along the silk route. Three caravans are under the authority of each player. Each caravan starts with three cards that are arranged vertically so that only the top portion of each card is visible; each card represents a member of the caravan with a separate set of skills.

A player only does one action during their turn, selecting one of the cards atop the 3 families and carrying out the action indicated on that card. The card is then placed towards the rear of its caravan. A player must utilise all the cards on top of that caravan row before using the same caravan player again.

These choices may have an impact on the player’s supply of mules, gold, and spices. Each player has a deck with wood markers on it that are moved in accordance with that stock to keep records of it. The player’s actions can also add additional members to the caravans and help them complete 1 of 4 delivery request cards that are placed in the middle of the table. Last but not least, there are actions that add some variety, like eliminating a caravanner or even affecting the caravans of other players. 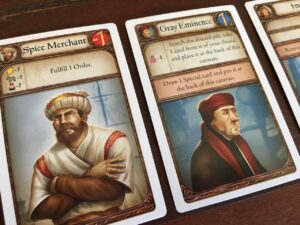 When one player has collected 25 points through the collection of character cards and completion of delivery request cards, the game is over.

Kashgar’s main operating principle may be referred to as “open deck-building.” There is not much downtime during the game. Players can start experimenting with alternative strategies and combos of caravan sizes,  caravan members, etc. once they have understood the various actions of the cards.

Kashgar is the kind of simple, quick-playing game that can hook practically anyone and then swiftly reel them in. The loop of playing actions, growing your personal tableau, and then concentrating each caravan on a particular action, such as spice production, contract fulfilment, or one of the many customised roles that accomplish uncommon or unexpected things, is almost mesmerising.

The pace of play transmits that magical “just one more go” kind of impact that all successful games attempt to replicate, yet the tactical depth that play may reach goes much beyond what you might anticipate considering the pace of play. 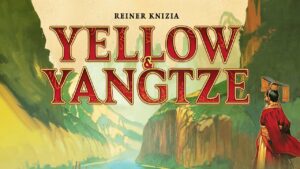