Sprinting in the Elden Ring allows you to get from one location to another faster, avoid boss strikes, and so on. Here’s how to leverage this mechanic to help you run faster.

In the Elden Ring, you will be required to sprint, which means traveling faster than the usual pace, on numerous occasions, whether you want to reach your target quickly, avoid traps, combat opponents, or do anything else.

How to Sprint in the Elden Ring? 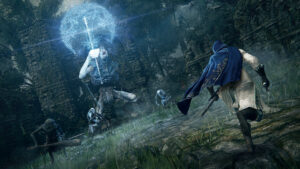 Sprinting in the Elden Ring can be difficult, and to do so, you must press and hold the circle button on PS4 and PS5, but on Xbox, you must hold B. In addition, you can sprint on a PC by holding down the space bar on your keyboard. However, make sure your character is running when you press the needed button; else, your character will dodge instead of sprint.

In addition, sprinting will not deplete your stamina if you keep the button pressed, unlike in previous Souls games. Sprinting is a feasible option while fighting, but if you wish to get from one location to another on Elden Ring’s vast map, we recommend unlocking rapid travel or summoning Torrent.

How to sprint in Elden Ring ps4 and ps5?

How to sprint in Elden Ring PC?

The Space Bar is the default sprinting key on the PC. You can backstep and dodge roll with the Space Bar, but only by tapping without or with directional input, respectively.

You can also re-bind your keys to sprint, backstep, or dodge roll with a new key. If you want to use a controller, you may do the same thing by re-binding your buttons.

How to sprint in Elden Ring Xbox?

Sprinting on Xbox One, Xbox Series S, and Xbox Series X is similar to running on PlayStation consoles. Hold down the B button to sprint.

How to sprint faster in the Elden Ring? 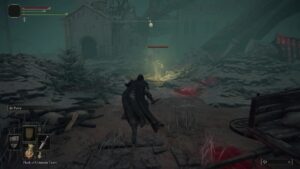 In a combat-heavy game like Elden Ring, the ability to move swiftly is crucial. Running (or sprinting) is an essential feature, although how to accomplish it may be unclear to some players, particularly those new to the game. Players in Elden Ring can sprint by holding the B Button (on Xbox) or the Circle Button (on PlayStation). This causes players to move faster than they usually would. The player will come to a halt when the sprint button is released.

Elden Ring gives players unrivaled power over the type of Tarnished they want to be by offering them more tools than in any previous Soulsborne game. One of the most effective tools? Your legs assist you in fleeing the ghouls of the Lands Between.

How to sprint in the Elden Ring? In the Elden Ring, players can sprint by holding down their roll button. On the PS4 and PS5, hold the circle. Hold B on the Xbox. Players can even utilize this to make Torrent, the Spectral Steed they receive early on, canter. Although the game doesn’t explicitly explain how to sprint, it uses the same control scheme as earlier Soulsborne titles.

Sprinting is also essential for avoiding traps in dungeons. Sprinting uses no stamina, whereas rolling does. Players cannot utilize items while sprinting at full speed and must revert to average movement speed. Sprinting has never been more crucial in a FromSoftware game, except perhaps in Sekiro, with such a comprehensive environment to explore and innumerable adversaries to avoid.