Elden Ring, a FromSoftware game like Dark Souls, Sekiro, and Bloodborne, is a challenging game that doesn’t teach players everything they need to know. Simultaneously, tutorials teach players how essential objects or procedures work; there’s still a lot to learn, such as how to save game progress in Elden Ring. With so many things, opponents, and Runes to acquire, Elden Ring players must save their progress for becoming the Elden Lord. Let us learn how to save in the Elden Ring.

How to get more Memory Slots in the Elden Ring? Click on the link to learn more.

How to save in the Elden Ring? 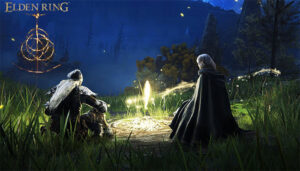 Players familiar with FromSoftware’s recent titles know that Elden Ring has no manual save feature. Then how to save in the Elden Ring? The game auto-saves every few minutes when players obtain an item or beat an adversary. Players can save at Sites of Lost Grace, similar to Dark Souls’ bonfires.

Once players sit down at a Site of Lost Grace, their health and FP (Focus Points) are restored, their Sacred Flasks are refilled, and defeated opponents respawn.

Elden Ring players have multiple Site of Lost Grace menu options. They can modify the time of day, level up with Runes, sort their chest, and more.

Go to a Site of Lost Grace and exit the game to save Elden Ring’s progress. Use the bumpers to navigate to System > Quit Game. This saves the game and returns players to the title menu, where they can switch characters or adjust settings.

How to save in the Elden Ring ps4 and ps5? 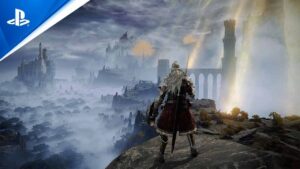 While PC gamers can easily back up their games by going to the directory and copying them, console gamers can’t. Different ways consoles store games, limited space, and the inability to connect a hard drive make saving a game problematic. Elden Ring’s mechanics and difficulty need saving. How to save in the Elden Ring on a ps4/ps5? This saves if you lose progress when fighting a boss or trying a different build. Elden Ring’s save feature is valuable and essential.

Steps to save a game on PS4 or PS5

Now you can try new builds or face the boss without losing progress. To restore a save-

This is now your default console data, so you can stop progressing. This was about saving the Elden Ring on PS4 and PS5. DigiStatement has more Elden Ring guides and new game facts.

How to save runes in the Elden Ring?

RPGs often feature deaths. There’s a penalty for dying. Even in games where failure isn’t death and death isn’t a failure, losing hard-earned stuff can feel harsh. FromSoftware’s games are infamous for making players ‘die’ often, so there’s not much to do.

Elden Ring has many foes and bosses, and a slight mistake can kill you. It’s fine to die repeatedly while fighting a boss. Deaths cost runes. This can feel punitive if you have a lot of runes before dying.

Some items prevent rune loss upon death. Sacrificial Twigs save Elden Ring runes. The twig is consumable and will be lost when the player dies.

A dying NPC steals 10% of the player’s runes. Stop him by defeating Gatekeeper Gostoc in Stormveil Castle. Then, players won’t lose runes. Elden Ring’s open world has various ways to get Sacrificial Twigs. Avoid dying if possible. Elden Ring is from the same developer as Dark Souls, so dying a lot makes sense.

How to save in the Elden Ring pc? Elden Ring, like many FromSoftware and Miyazaki games, makes saving confusing. Like many other games, you can save at any moment.

Open-world games usually allow manual saves or checkpoint saves. Elden Ring has both alternatives, but the process is arduous. Autosave and the correct steps should make it easy.

Elden Ring has two basic save options. First, use the autosave feature. Whether the game makes it visible, many occurrences cause a background to save. Fast travel to a lost grace site or sit at one to start an autosave. Similarly, dying causes a save.

In FromSoftware’s latest game, manual saving can be inconvenient. In the start menu, players can’t manually save. They must exit the game to access the menu.

Leaving the game without saving may activate an autosave, but not always.

Elden Ring crashes or exits unexpectedly sometimes. In these circumstances, the game is never saved, and results vary.

When loaded, gamers will be told they didn’t save properly. They can then load back into the world and return to their last autosave. Sometimes, the game starts where players left off. For safety, often save after making significant progress.

How to save and quit in the Elden Ring?

Elden Ring is a tough game you shouldn’t leave unfinished. It’s not simple, but it has powerful rewards. The game’s challenging missions may make you want to quit. You can’t quit without saving your progress. Here’s how to quit the game without losing your progress:

How To Pause Your Gameplay In Elden Ring?

Elden Ring shopping mode has no official pause button. Some propose sitting at a Site of Lost Grace to avoid attacks. In the game, enemies will attack you. Offline games can’t be paused. To halt the game, find a safe place or visit the Site of Lost Grace. Hopefully, you won’t be attacked. It’s best to save before leaving the game so your character won’t die.

How to save in the Elden Ring? Elden Ring is a challenging FromSoftware game. Almost the entire map is out to kill you, so you must rest up for the next battle. Elden Ring, like other Miyazaki games, is puzzling. We’ve shown how to save the game on most platforms. Thanks for stopping by.