How to rob a train in Bitlife? In BitLife, you take on the role of a person and experience their life in a virtual environment. The simulation-based gameplay involves making decisions that have an impact on your character from early life to old age.

There are many opportunities in the BitLife world. There appear to be new ways to generate money and advance in life every day, yet some approaches demand more effort than others. Today, we’ll discuss how to rob a train in BitLife and its benefits.

Read this to learn How to Escape Prison in Bitlife

How To Rob a Train in BitLife? 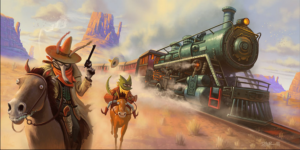 How to rob a train in Bitlife? It’s much simpler and more enjoyable than you imagine robbing a train. It’s a fantastic method to get money without performing any actual effort.

In BitLife, robbing a train just has one critical requirement – your age. To buy a rail ticket in BitLife, you must be at least 18 years old. It will inform you that your character is too young to ride the train and cannot do so until they become 18 if you are under that age.

How to Successfully Rob a Train in Bitlife? 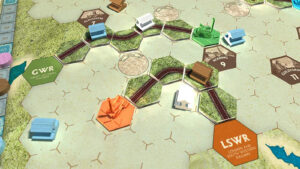 How to rob a train in Bitlife? By robbing a train, a BitLife character can make a lot of money. It’s also entertaining and thrilling, particularly if you’re still playing the game’s early levels when there’s not much to do. Here are some key pointers for train robbery in BitLife:

What are The Benefits of Robbing a Train in Bitlife?

In BitLife, robbing a train has numerous benefits. A few of them are:

How to Rob Midnight Train in Bitlife? The players must be at least 18 years old in order to rob a train in Bitlife. When you become 18, you can access the “Activities” menu’s “Crime” option. The “Train Robbery” option is unlocked under it. This will give you two possibilities. The first option is “Pick your train:” You can select any desired train from this location. The second option is ‘Choose a time of day:’ You will have to choose “Midnight” from the time options.

In BitLife, robbing is one of the simplest methods to make a lot of money. Since most people don’t anticipate it, especially while they’re preoccupied riding on top of an actual train, it’s also pretty simple to get away with it.