How to escape prison in Bitlife? Find the answer here. BitLife is a smartphone life simulation game that is growing increasingly popular. BitLife contains a plethora of mini role-playing games that will keep you entertained for hours.

In the game, there is a part that requires players to escape from all prisons. Those who have played BitLife must be aware of how tough it is to escape from the game prison.

Let’s learn how to escape prison in this life simulation game.

How to Escape Prison in Bitlife? 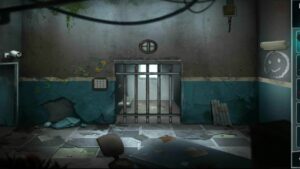 In BitLife, you will have to commit a crime to get into prison. It is similar to the real world. After committing a crime, you will be fired from your job, and you will have to be in prison. There are certain jobs accessible to you, particularly as a prisoner, but they are low-paying. In the game, you will find a security guard who will make two moves for you for the price of one.

He will not simply take two steps in any direction; he will make those motions towards you, beginning horizontally. If your running guard apprehends you, a few years will be tacked to your sentence for attempting to flee.

The idea is to stop the security guard on the maze’s walls such that his move set is limited, allowing you to flee the prison in BitLife. BitLife Jail will have three side compartments where he can become imprisoned, and you can easily flee. There is no doubt that leaving BitLife’s security prison is challenging, but there are numerous ideas and approaches that can help you get out sooner.

Before attempting to escape Bitlife prison, keep in mind that the guard moves twice as fast as you do. This defender’s vulnerability is that he shoots slant first. Therefore, if he does the same, we should keep the officer within the confines of the prison.

Even if you are surrounded by police officers, you can only move right or left because the cop will initially move horizontally.

You will then be able to contain yourself if there is a barrier above it, as it only slides diagonally. It is not the only way to get out of BitLife’s jail, but it’s the simplest.

You can use this method that we have tried. It can work, too, if your timing is good. You can block the security guard, which will help you escape from the prison faster.  You must be cautious and not rush when halting the security guard because if he begins heading in the opposite direction, he may escape.

In BitLife, there are a lot of three-sided boxes where you can easily catch security guards and start sprinting to escape to break free. By studying tripartite boxes, you should be able to identify the many sorts of gels and how to avoid them properly. 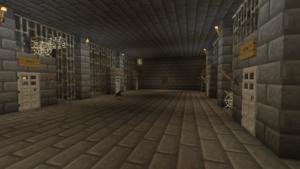 BitLife’s prison map looks like a checkerboard. In the game, you will find a guard who will be taking two steps against one of your acts.

The security guard will not approach the wall because it is built to keep you in place at all costs.

As a result, we recommend that you begin by moving horizontally to observe the guard’s reaction. Furthermore, being apprehended while escaping will lengthen your sentence.

Professional players have no trouble escaping from prison. If you have never played this game, it will be a tough one for you.  Before you begin, you must familiarise yourself with the appropriate plan and the path you must take, but be cautious since the security guard will move quickly to grab you. Follow all the steps carefully and time your character well.