Do you want to know how to become a rapper in Bitlife? This post has the answer.

In this game, pursuing a career as a famous hip-hop singer is much simpler. You’ll be able to sell a tonne of singles and albums while earning a tonne of cash in the process. In the game, the actual procedure of becoming a rapper might be somewhat random, but in this tutorial, we’ll cover everything you need to know.

How to Become a Rapper in Bitlife New Update? 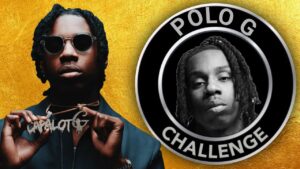 We can’t confirm that being attractive is a need for being a rapper, but you would preferably like to be attractive because it seems to have some bearing on your character’s popularity in the fame category. Make sure to use your latent ability for music if you are in God Mode.

You will have to grow your character up to 8 years old. This will make voice lessons available in the game’s Activities > Mind & Body tab. If you ask your parent for permission to take them, it should typically go well. If not, we suggest quitting the application entirely and trying again. The reaction seems to be a random one. Once you’ve reached your maximum potential, take vocal training three times each year.

The vocal training in the game can be maxed out if you continue to take them three times annually until you turn 18 years old. If not, you might need to find a job right away and keep taking vocal lessons until you have perfected your technique.

Step 4: Audition as a Singer

Select Special Careers under Jobs in the menu. Choose Musician, then click on Solo Artist. Select the Singer option under “pick your career type” on the menu. It doesn’t matter whose record label you choose; however, you can choose anyone. Arrive at the audition. If it doesn’t work well, we suggest quitting the app and trying again. You might also consider going on an audition at the other record companies.

This is a crucial stage since your contract will provide you with a musical style that is chosen at random. This can be rock, pop, or another genre. We need the rap genre to become a rapper. You should exit the app and try again if you missed it. It’s possible that the record company won’t schedule you for another audition if you decline an offer. This process could take some time because you never know what you’ll get, and you might have to try several times before you see the rap genre.

After you get the rap contract, you will have to get a stage name for your character. You can pick any name, as it won’t make any difference in your career.

Step 7: Drop a Song or Album

After you have become a rapper, you will have to drop a song or album to gain more popularity and money in the game. If you go to the jobs menu and select the rapper option, you will find options to drop a song or album. You can essentially only release one of these per year, therefore, we recommend releasing a single or two before releasing your album. You will become more well-known in this way, which should increase your sales.

How to Become a Famous Rapper in Bitlife? 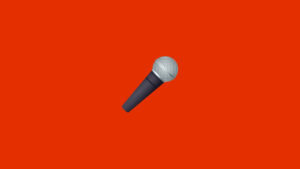 After that, you must locate the instrument’s choice under the body and mind tab. You can begin taking music lessons from this section – choose whatever instrument you think will work best for you.

Before you can start performing alone, you’ll also need to take voice training and learn an instrument. Having said that, if you’ve chosen both, be sure to practice each year as you get older until you graduate from high school.

You should already have the skills to play an instrument and sing by the time you turn eighteen. If so, the next move would be to attempt to submit applications to record labels when openings for recording rap albums appear on the list of positions.

However, as rejection is likely to occur frequently, be prepared for it. In such a case, practicing and honing your talents would be the best course of action. If a record label rejects you, you may try shutting the app and beginning the game over.