Do you want to know how to become a Nun in Bitlife? Let us help you out.

In Bitlife, you can create a character and take up any career you like, from actor to Nun. Today, we will tell you how to become a Nun in Bitlife. It takes a lot of dedication to become a Nun. If you want your character to become one, you must honor that dedication. Taking this profession entails adhering to a rigorous set of regulations, and breaking them has penalties.

Your character can become a Nun if it’s a female. If your character is male, he will have the option to become a monk, which is a position identical to but with a different status.

Let’s start with the tutorial on how to become a Nun in Bitlife.

Read this article to learn How to do Gymnastics in Bitlife

What is a Nun in Bitlife? 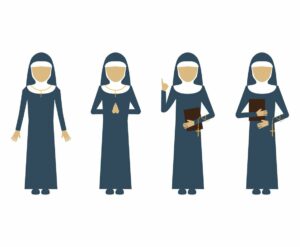 BitLife is a life simulation game that never ends. f you want to be rich beyond your wildest dreams or a very accomplished serial murderer, this game is the one for you.

If you didn’t previously know, both jobs (Nun and Monk) would refer to people who have dedicated their careers to religious service. The fundamental distinction between the two is that Nuns are members of the Christian community, while Monks are members of the Monastic community.

A Nun lives by the vows and oaths she has pledged to keep. One of these pledges is celibacy, which means they vow not to ever marry and to be sexually active. You can become a Nun if your character is a female, otherwise, you will have to go for the Monk title.

How to Become a Nun in Bitlife? 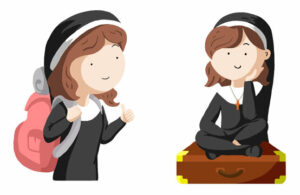 Your female characters are the only ones who can become Nuns. If your character is male, they have to become a monk.  Nevertheless, you can only choose one of the possibilities based on the gender of your character.

Then, under the Occupation section of your female characters, check for your title. Your character must at least have a high school diploma.

The role of Nun is often the lowest paid because it does not pay a lot of money.  To keep your character from growing old, you must refresh the search numerous times while waiting for it to appear or close the application. If it emerges, you will be appointed to the position of Nun. You must also guarantee that your character does not sleep with anybody else, as this is a requirement for the job and has effects.

How to Become a Nun in Bitlife? Step by Step Guide 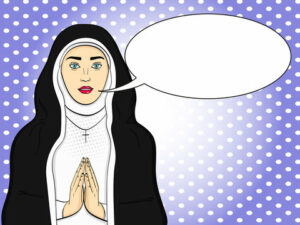 You must create a character in BitLife before you may become a Nun. The character has to be a female. You can make a female character by picking female as the gender during the character creation process. After you’ve created your character, all you have to do is age up until you graduate from high school. Special stats are not necessary, so just concentrate on aging up to the age of 18+.

Now follow the steps below carefully to get the Nun title:

Step 2:  After that, you will have to look for the Nun job tab. You can find the Nun tab below the Occupation tab (located at the bottom of the screen) on the game screen.

Step 3: Select the Occupation tab. Now, you will find a list of jobs under the Job Recruiter tab.

Step 4: After finding the Job tab, look for the Nun job tab. However, it can be difficult to find the Nun job tab as it is rare. If this happens, stay calm and refresh the Job tab by aging up. You can find the option on the Main Menu.

In BitLife, if you want to become Nuns, you must be very disciplined. The position will only unlock after your character reaches the age of 18.  You can apply for the role by going to the Occupation tab and then looking for the listing on the Jobs page. If you do not notice the Nun role in the list, you will have to age your character more.