Looking for the best board game apps? Read this post.

A few classic board games have migrated to mobile. The top apps for vintage board games are listed below for your enjoyment.

Family and friends can have a lot of fun playing board games together. However, there is no need to cram your house full of boxes.

Here are the classic board game applications you need to play right now on your smartphone. 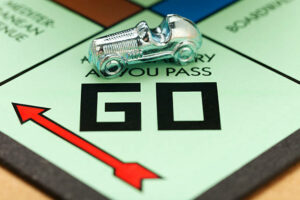 Even though Monopoly is well-liked, playing the board game is known to take a lot of time. This is difficult to convert into making a Monopoly app. But Monopoly GO! seeks to transfer part of that enjoyment to a mobile device.

You may still collect from Go, put opponents in jail, ride the railroad, and do other things in this real-time multiplayer game. However, a smaller board makes the game go much more quickly.

The fundamental questions of Clue: The Classic Mystery Game are who, what, and where. The game begins with Mr. Boddy’s murder. You must determine the identity of the murderer, the nature of the murderer’s weapon, and the location of the crime.

Which member of the illustrious cast—Miss Scarlet, Mr. Green, Dr. Orchid, Colonel Mustard, Mrs. Peacock, and Professor Plum—actually committed the crime will be up to you to decide.

You can roam around the estate and make inquiries while you roll the dice to try and solve the crime. You can make notes and weed out red herrings using a virtual clue sheet. New characters and themes can be unlocked through in-app purchases. 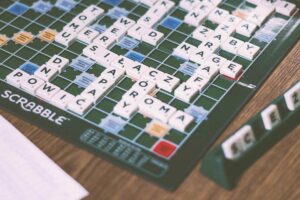 This smartphone version of the board game Scrabble lets you test your word-playing skills. While playing against a computer can help you develop your skills, facing up against a real opponent is more exciting. Play against Facebook friends or arbitrary opponents from around the world.

A unique teaching feature will display the greatest phrases you might have played after each turn to help you improve your wordplay. A pass-and-play mode that can support up to four players is available if you wish to compete against someone in the same room.

Boggle, another well-known word game, is also playable on a smartphone. If you’re new to Boggle, there’s a fantastic solo option that lets you compete in a three-round match versus a coach. Before the timer runs out, you’ll try to identify the most words from the displayed jumble. When you’re ready for some serious action, you can set up a three-round contest with a rival.

You can test your skills against loved ones and others using the live tournaments feature. Additionally, there are daily and monthly rewards up for grabs.

In the dice-rolling game, you can compete against random opponents or play against friends and family. You can establish a virtual “family” while playing in order to assist others and receive assistance yourself.

Additionally, there is a rich single-player experience where you may compete against Dice Masters and win rewards like personalised dice and more.

When The Game of Life transitions to a board game app, it significantly improves. The game board is a fantastic delight, even if you’ll still endeavour to conquer life by enrolling in school, taking a job, and other things. As you go, all the characters have 3D animations that bring them to life.

On a single device, you can play with a maximum of three friends. You can also choose a rapid mode with various requirements for winning a brief session. 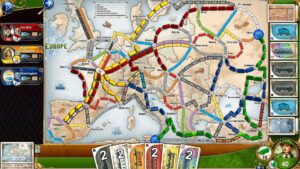 Ticket to Ride has swiftly established itself as a new classic, despite the fact that the board game was only released in 2004. And your smartphone may enjoy the same wholesome entertainment thanks to the digital rendition.

You can use the rails to travel throughout the US or a number of other world maps, including the UK, Europe, India, Asia, and more. There are various game modes. The pass-and-play mode allows up to five players in the same room with the possibility of adding computer opponents. Pictionary Air updates the classic drawing game with some entertaining new technology. You must first buy the Pictionary Air package, which comes with a special pen and clue cards, in order to start playing.

Open the app as soon as you have that. Thanks to augmented reality technology, users will be able to view what the sketchers are drawing. Then, the other participants will try to determine what the drawing represents.

Two distinct game modes exist. Gamers can customise the number of rounds and game length in the play mode. Without a timer, you can complete your Pictionary masterpiece in selfie mode. You may also edit and share films of amusing gameplay moments using the app.

For more than 700 years, people have played with dominoes. So it should come as no surprise that there are numerous dominoes game applications available.

Five of the most popular variations of Domino are available on Dominoes Online: all fives, block game, all threes, draw game, and kozel. Online games can be played against random individuals or Facebook friends. In the single-player game, there is also a formidable computer foe to face off against.

Take to the waters and engage in BATTLESHIP with other adversaries. Two separate multiplayer game modes are available. The single-player, head-to-head format of the classic mode is faithful to the original game. Before enemies do the same to your fleet, you’ll try to sink theirs.

The standard naval fight is given a variety of new twists in the commander’s mode. There are three new fundamental talents in the more tactical edition that provide new opportunities. Each commander will have distinctive skills, and new ship designs also add to the game’s entertainment factor.

There is a single-player mode, so you can compete against the computer before competing against live players.

The classics never go out of style. And that unquestionably applies to these traditional board games that have been updated for the present era (like playing Backgammon online). Download a few of the top board game applications for your smartphone today, and have fun playing them. 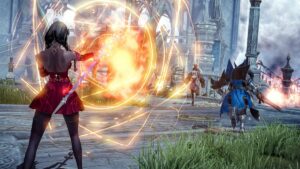